Farewell– English club of Lubri (ECL), member of ECL joined debate course with Mrs Muhsinah as educator. Actually, there are two courses from education staff. Those are Grammar course and Debate course.

The educator taught us all about debate. Such as the meaning and the roles of debate. She also told us some her experiences when coached the same course in other school before. We have tried and practiced a debate as well as she have taught us and sometimes we battled some opinions. She tough us to gave opinion for 7 minute every title in debate. As the Aphorism said “Practice makes perfect and perfect needs practice”.

On Wednesday afternoon, 09th of October 2019. After half period has passed.  It was the last meeting in debate course. Because we will held the middle test. We joined it and enthusiastically, “from this course, we want to form new generation in debate and we hope all members can practice it, in class or in debate contest later. As we have studied for a half period”. said Eka Maulidhatul Fitriyah (16) as one of supervisor in education staff. 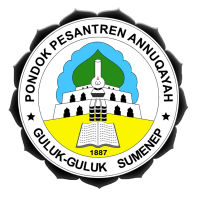